Our help in Northwest Haiti

GHS supports the communities of Fond Poux, Colin, and Repos in the lower Northwest Haiti region near Bombardopolis. We currently do so by paying the salaries of teachers and/or licensing fees for the schools and providing other school necessities.

You can make a difference by helping us give to these schools, teachers and students in need. 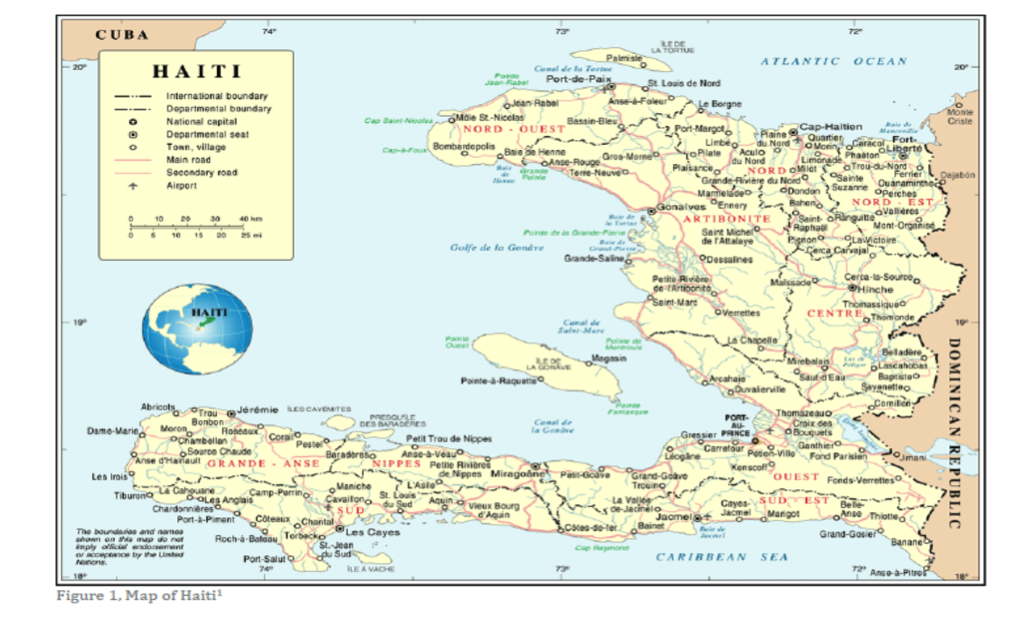 Although only 150 miles from the capital city of Port-au-Prince, Northwest Haiti is also one of the most isolated and undeveloped regions. Because of rough and undeveloped roads, it’s a seven or eight hour trip by car, and even longer by bus, from Port au Prince. It is the poorest part of Haiti, overlooked by the Haitian government and the international development community. Few Haitians have been here and comparatively little has been written about the region.

Northwest Haiti lacks better roads, electricity, water, sanitation, and basic health services. Most travel by foot – although some have donkeys. Harsh living conditions constantly threaten health. Clean water can be miles away and obtaining it each day can take hours.

Only 59% of the population has access to safe drinking water and 16% have latrines.

Most inhabitants live in rural agricultural communities. Total household income is about a dollar or two a day. The people of the Northwest make a living by farming – mostly subsistence, raising animals, fishing, making charcoal, creating art, or other small entrepreneurship activities. Most households combine both agricultural and non-agricultural activities to support themselves.

About 42% of food insecure (poor availability to food and access to it) households are in the Northwest – the highest percentage in the country. A majority of residents have only one meal day. Many of these rural farming households do not produce enough food to cover their feeding needs. Food purchases are a significant expense – about 59% of total household spending. 68% of food consumed in purchased on market.

Northwest Haiti has one of the countries lowest numbers of schools and student enrollment.

Roughly half of all schools in Haiti are located in the West department. More than 80% of the schools are private, almost all with a religious affiliation. The tuition, uniforms, and school supplies expenses for children to attend school are a significant expense for families – an average of $86 per child. Public schools are rare in the Northwest.

Nationwide that percentage is 22%. Even fewer complete secondary education. Collegiate education is rare.

Parents, who can afford to, send their children away to more urban areas to continue schooling due to the poor level of education and lack of secondary and higher education opportunities. Often the children do not return due to career opportunities and ease of life in these areas. The “brain drain” limits the development potential of the area.

According to the 2009 census, the population of the Northwest is 662,777, about 7% of the total population of Haiti. After the 2010 earthquake, it is estimated that 60,000 to 500,000 people fled to the Northwest and Artibonite districts. 40% of this wave of internal migration consisted of children and young people who had left for schooling. This increase in population was challenging for an area already vulnerable to food insecurity.

While there are many projects being initiated in Haiti, only a few are concentrated on helping the Northwest region.

Although conditions are bleak in the Northwest, a small number of ngos are working on improving education, health, and livelihoods. Local governments and Haitian ex-patriates are investing in tourism outreaches in Port-de-Paix and Mole St. Nicholas. Recent Improvements and economic developments focused in Cap-Hatien have brought more attention to the North and the Northwest. After a visit to the Northwest in late 2013, Prime Minister, Laurent Lamothe, promised more would be done in the Northwest.